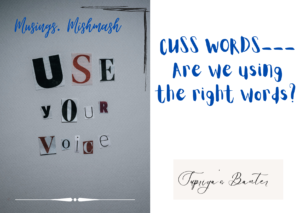 It was a WhatsApp group between like-minded women. A tribe they had formed to support each other through thick and thin- a gang of girls, joined by common threads, motherhood, education, and the same profession.
That morning, Sheena related an incident where she had got unnecessarily tormented and beleaguered by another woman. Even by their pliant and malleable standards, the other woman had been unreasonable and atrocious.
It raised their collective blood pressure, sending them all hyperventilating with anger, irritation, and outrage.
Kaveri couldn’t hold herself any longer; she started with the cuss words to let off steam….” Behen ki L**di, sa**li … !!”
That, of course, helped, just like the movie ‘Jab We Met’ had taught them. Snickering and laughter emojis followed, dissipating their ire and frustration.
They were still discussing the woman and chuckling when another one of them directed their attention towards the cuss words.
“Why are all the cuss words designed to demote and abuse women. They refer to molestation, mostly involving mothers, daughters, and sisters. Especially the words people use nonchalantly and often offhandedly.
The usual —[email protected]#d, Behen ke [email protected]#de, [email protected] ke, [email protected]@d, [email protected]@tia, hara*mi, haramza*da and so many more…
To be called a [email protected]##er or a mother [email protected]##er; all you have to do is drive too slow or too fast. Or maybe change lanes without indicator. Or basically do anything that is even mildly annoying.

“Isn’t it a reflection on our deep-rooted patriarchal society?” Neena remarked.
The silence intensified. They were all educated women, notably successful in their chosen fields, feminists, in their own right. But, they had never realized how the decrepit, age-old dogmatism of patriarchy and bigotry ruled them. They used the cuss words without understanding the implications and the ramifications.
The WhatsApp chat ended with them swearing (pun intended) not to use the cuss words demeaning and disparaging women. It set Kavita on a wild pursuit. She looked up the commonly used profanities and expletives.
Neena was absolutely right; even in English, the cuss words downright degraded and belittled women, more often than not, sexually. The internet spewed out a string, one after the other, most notable being—Son of a Bi*tch, c*nt, wh*re, Bastard—all reeking of venereal and sexual connotations.
What equality are we talking about? When just to rant and rave, to unburden ourselves from other’s stupidities, we deprave and desecrate women, talk loosely about perpetrating the most heinous, nefarious offense.
Author’s note—I demand equality! I demand cuss words demeaning and violating men’s reputation to be used more often…how about you?
#cusswords,#strongwome,#womenstandtogether

Previous A Dinner Time Nightmare – Dinner Debacle
Next In the times of Corona, which mask are you wearing? (Part-1) 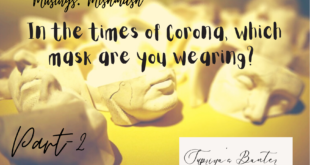 In the times of Corona, which mask are you wearing? (Part-2) 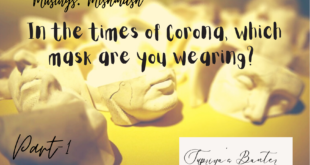 In the times of Corona, which mask are you wearing? (Part-1) 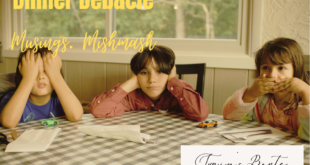