It requires excellent writing chops to make a book meant for middle graders exciting for their parents, too. Goddess Girls is one series that executes it with no hitches. Picture Athena as a twelve-year-old living on earth with her mortal friends when she receives an invitation from Zeus to attend Titan school at Mount Olympus. She experiences a mixture of awe and apprehension as she prepares for the coveted journey.

Preteen Athena lands at the magical school to meet her whimsical father, Zeus, who doubles up as the principal of the school meant for training school-going Greek gods. Athena rubs shoulders with a host of prominent Greek mythology characters and gets a peek into their quirks and idiosyncrasies.

The authors weave a fascinating plot, incorporating elements from well-known Greek epics. The adolescent gods are taught mortal manipulations on realistic-looking maps of the earth replete with vast seas and grasslands, with bestial monsters lurking in their depths. Often, they make innocent mistakes that translate into disastrous results for their chosen mortal.

In this book, Athena and her classmates are shown to be controlling Helen of Troy, Odysseus, and King Menelaus, amongst others. Needless to say, the readers are treated to hilarious versions of these classics.

Clever and academically oriented, Athena adapts quickly to the ways of this unorthodox school but is bogged down by girl troubles. Her competition is none other than Medusa and her sisters. A witty tale of Medusa sprouting her snake-style hair and developing a stone-turning gaze follows next. Much to Athena’s chagrin, she finds herself bang in the center of the events that shake the entire school.

Athena finds her feet as the star inventor at school with her creative earthy innovations like olives. In the process, she beats bullies, makes friends, and discovers her strength as a goddess.

Here are some chuckle-worthy sentences-

When Poseidon is asked his wish after securing second place in the invention competition, he says—I’d like mortals to name chewing gum after my trident, so no one calls it a pitchfork again. Also, I’d like lots of statues of me to be placed in fountains everywhere.

“Take my advice and try to stay away from Medusa,” Aphrodite advises Athena. “Medusa aces revenge-ology! And she’s in the accelerated class.”

A delightful, clever read which gently intertwines Greek mythology into a witty book for middle graders. Especially for girls in the twelve to thirteen years age group. Though it can be enjoyed by the younger lot, the reference to teenage crushes, flirting, and jealousy requires adult supervision and guidance.

Already heading toward the next volume in the series. As a popular advertisement goes—I’m loving it!

A delightful, clever read which gently intertwines Greek mythology into a witty book for middle graders!

Previous Persephone the Phony (Goddess Girls)
Next Quidditch through the Ages 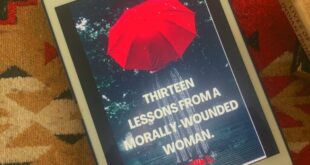 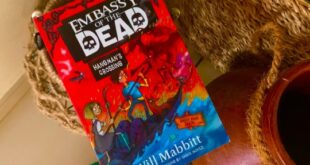 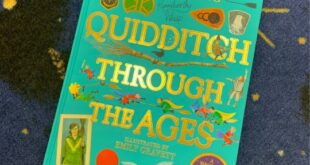 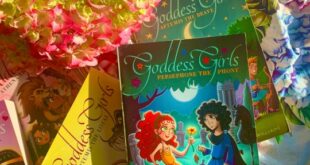